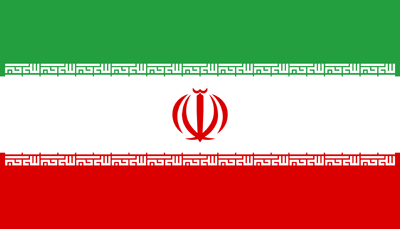 On Sunday, Elon Musk posted a poll on Twitter asking users if he should step down as chief of the social media company. The billionaire businessman bought Twitter in October for $44 billion.

Musk wrote: “Should I step down as head of Twitter? I will abide by the results of this poll.”

To abide means to accept. The poll closed on Monday and the results were in. Out of more than 17 million voters, 57.5 percent said “yes.”

Musk has not yet commented on the results.

Musk’s actions and decisions over the past two months have made many Twitter users quit or think about quitting the social media service.

Last week, Musk banned a number of reporters from Twitter. The journalists had a history of reporting on Musk’s actions as the head of Twitter. They included writers for the New York Times, Washington Post and Voice of America. Musk later brought back most of those accounts following an online poll.

Musk also removed Twitter accounts that had been showing the location of his private jet.

He has also said he would not permit people or businesses to make posts on the service directing users to other social media sites, such as Instagram, Facebook and Mastodon.

Musk received sharp criticism from that decision, even from people who had previously supported his leadership. One of those former supporters is well-known businessman Paul Graham. Graham called the restriction on promoting other sites “the last straw.” He added that his followers could find him on Mastodon.

Musk has described himself as a strong supporter of free speech. When he took over Twitter, he said he sought to make it available to people with widely different opinions.

But some critics say his recent actions as CEO go against those promises. Sally Buzbee is The Washington Post’s executive editor. One of the newspaper’s reporters who covers Musk was temporarily banned from Twitter. Buzbee said, “the suspension occurred with no warning, process or explanation – this time as our reporter merely sought comment from Musk for a story.”

In public comments with Twitter users on Sunday, Musk said it would be hard to find a new CEO for Twitter. Any future CEO, he said, “must like pain a lot … to run a company that has been in the fast lane to bankruptcy.”

Musk said anyone with the skills and ability to keep Twitter alive would probably not want the job.

“There is no successor,” Musk added.

Dan Friedell adapted this story for VOA Learning English based on a report by the Associated Press.

poll –n. an activity in which several or many people are asked a question or a series of questions in order to get information about what most people think about something

abide –v. to accept something

journalist –n. a person who collects information and writes about it for newspapers, television, magazines, etc.

location –n. the place where something is

merely –adv. used to say something is small

promote –v. to speak positively about something

the last straw – phrase. the last in a series of bad things that happen to make someone very upset, angry, etc.

the fast lane – phrase. about to happen quickly